Crankworx Rotorua is stage one of the Crankworx World Tour – an international series bringing together the best riders in the world. The Rotorua stage kicked off in 2015, becoming the first Crankworx held outside of the northern hemisphere. This week-long event brings thousands of local and international travellers to Rotorua where they enjoy not only the high-speed action, but also everything else the domestic hot-spot has to offer.

Unlike the international events, the Rotorua Crankworx is supported by ticket sales. While it has seen good growth in attendance numbers since inception, the Crankworx Rotorua team wanted to super-charge their ticket sales for the 2020 event. Digital activation was clearly the route to take, and they needed a partner agency to help them take that next step.

The Right People At The Right Time.

Tasked with driving an increase in attendance to the 2020 festival, Maverick Digital created 8 audience profiles across both New Zealand and Australia. These ranged from hardcore athletes, to sporty groups of friends who’d enjoy a weekend together, to domestic families looking for something to do with the kids. Having accurate and specific audiences allowed for exact targeting across all platforms, while keeping each audience separate enough to reduce overlap between campaigns.

The main consideration was the conversion funnel. This was to be the 6th time for the NZ leg of the festival so there was already good brand recognition in the mountain biking enthusiast audiences, but opening it up to new groups would take significant reach. We needed to be able to target these new audiences often and early, to get them open to the idea of a March week in Rotorua. Needing plenty of lead time we kicked off in November, with video and static display ads being used across Google and Facebook ad networks. The video provided from Crankworx team had just the right amount of sizzle – combining heart-stopping action with the culture and flavour of Rotorua. 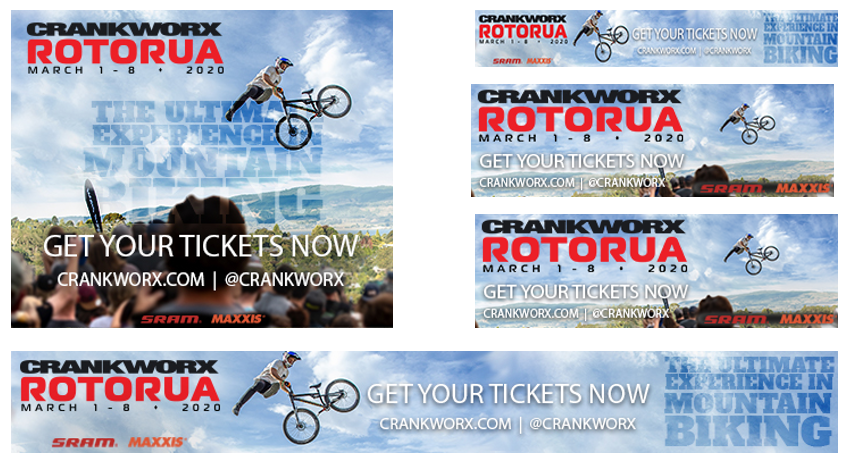 The media buying plan was heavily focused on these visual channels for the start of the campaign, bringing in and increasing the proportion of high-converting search terms later down the track. After seeing these videos on Youtube and Facebook the now interested audiences would search for more information, and out ads would take them exactly where they needed to go to convert.

Working with the international Crankworx team we tailored a unique experience for each audience, from ad copy, right through to the final landing pages from the search campaigns. Each audience got a tailored story, designed to get them to Rotorua in March. A shiny new website launched just before the event means that there will be even greater flexibility in the landing experiences for the 2021 event.

The campaign was a success on two major criteria. Firstly, the audience behaviour modelling was 100% accurate. Focusing on awareness and demand-creation early lead to significant increases in brand and search activity closer to the event. Secondly, we were able to significantly increase the overall volume of tickets sold. There was always the fear that instead of creating new demand, we would simply be bringing forward sales to the same audience only earlier. The continued growth of sales up until March where the industry was already experiencing wide-spread drops in activity shows that this wasn’t the case.

The Crankworx team have such a fantastic offering, and Maverick Digital are proud to have been able to stand alongside them in their 2020 success. 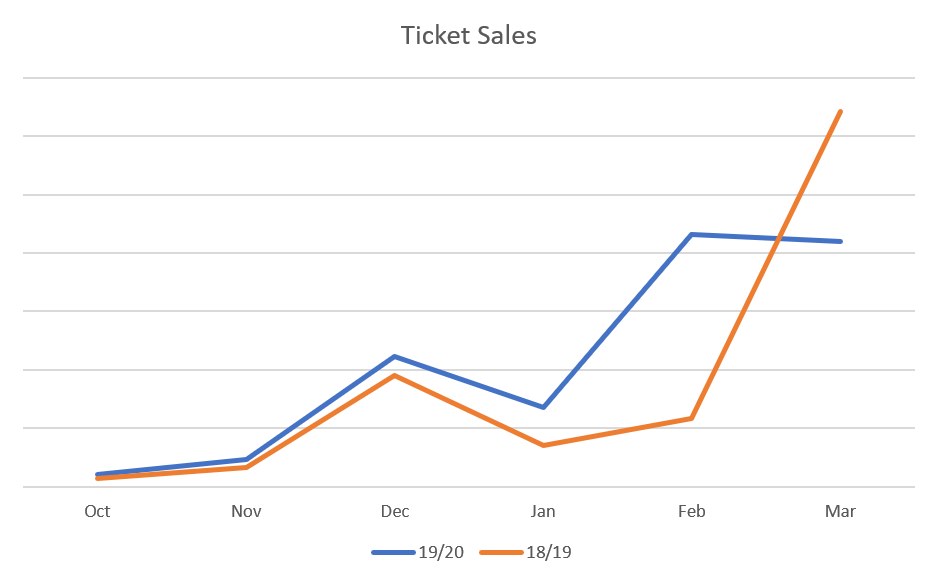 By using Maverick Digital,
you accept our use of cookies.
OK